FCA, a mathematical approach to data analysis based on lattice theory, has been advocated to support ontology building in several studies. Generally speaking, there are three elements to form a formal context: a set of formal objects, a set of formal attributes and the binary relations between them. The formal context is usually formed using a cross table, and graphically it also can be visualized using a lattice diagram. The two ways contain the same information about the formal context.

In the FCAView Tab, we hooked the protégé-2000 with an open source software Concept Explorer version 1.2. We developed two versions of visualization tools as follows. 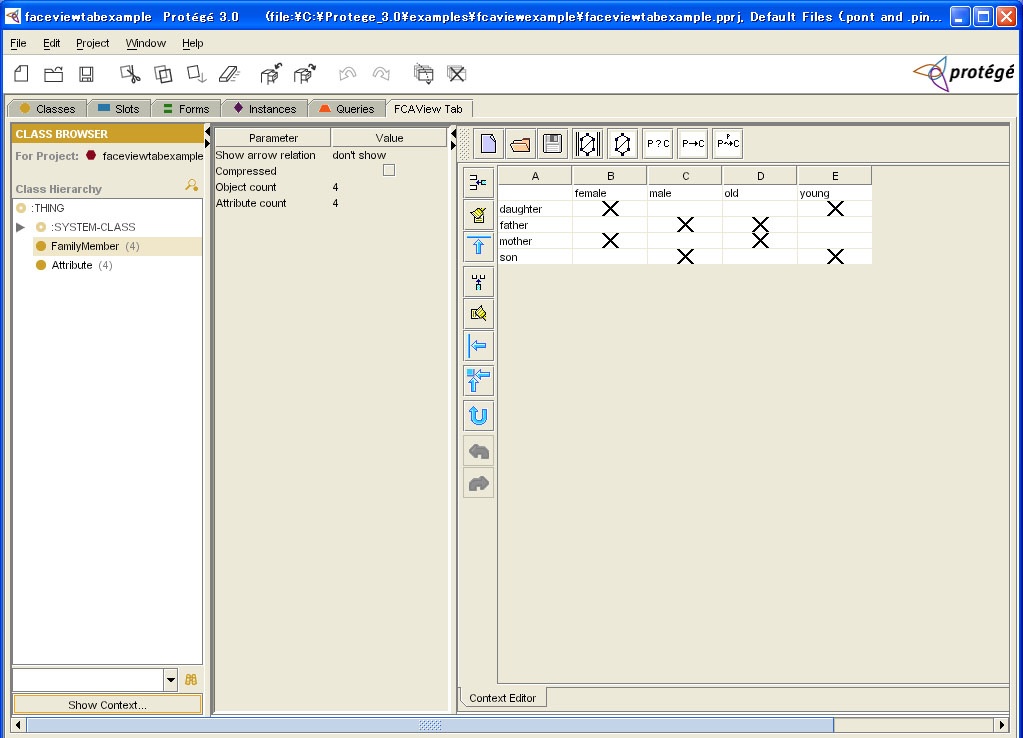 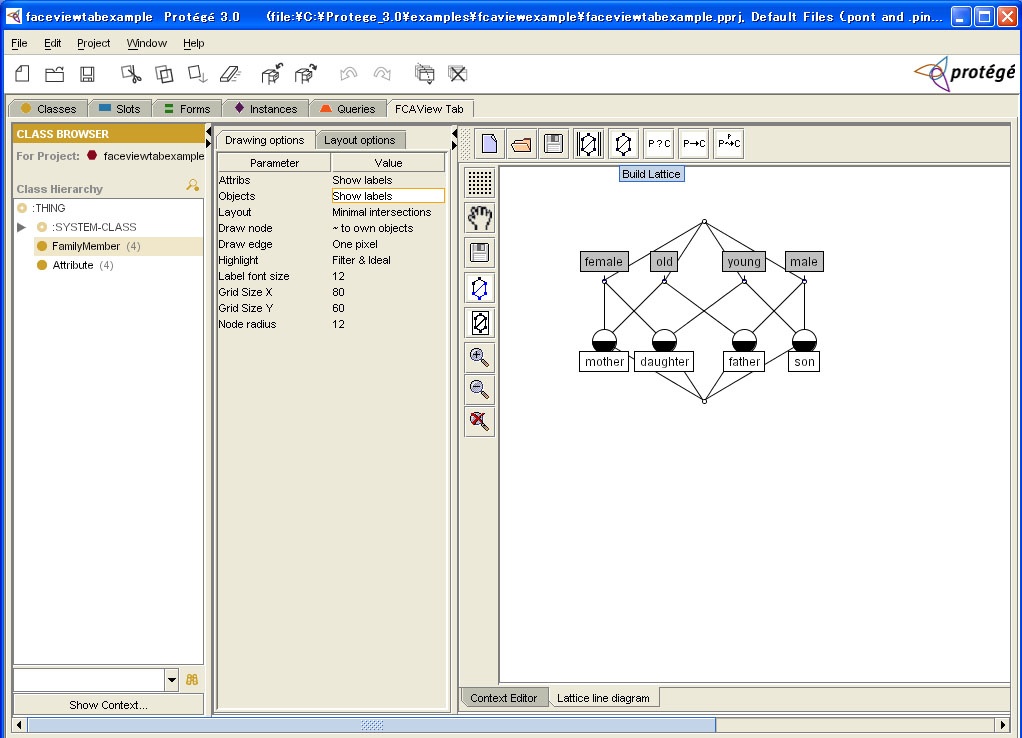 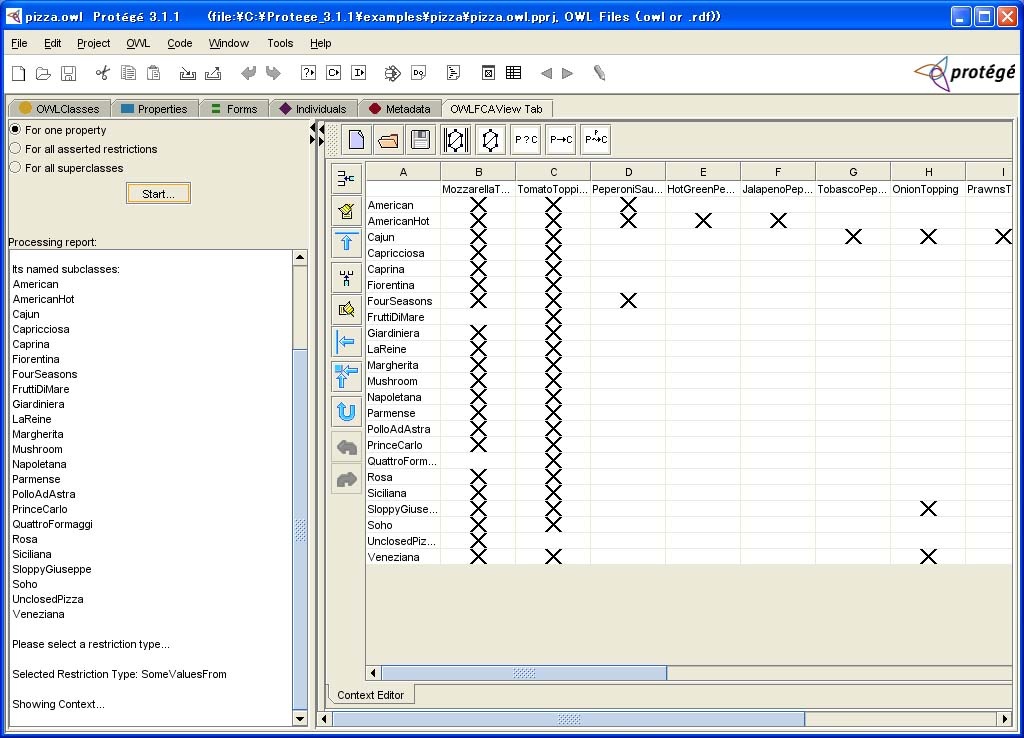 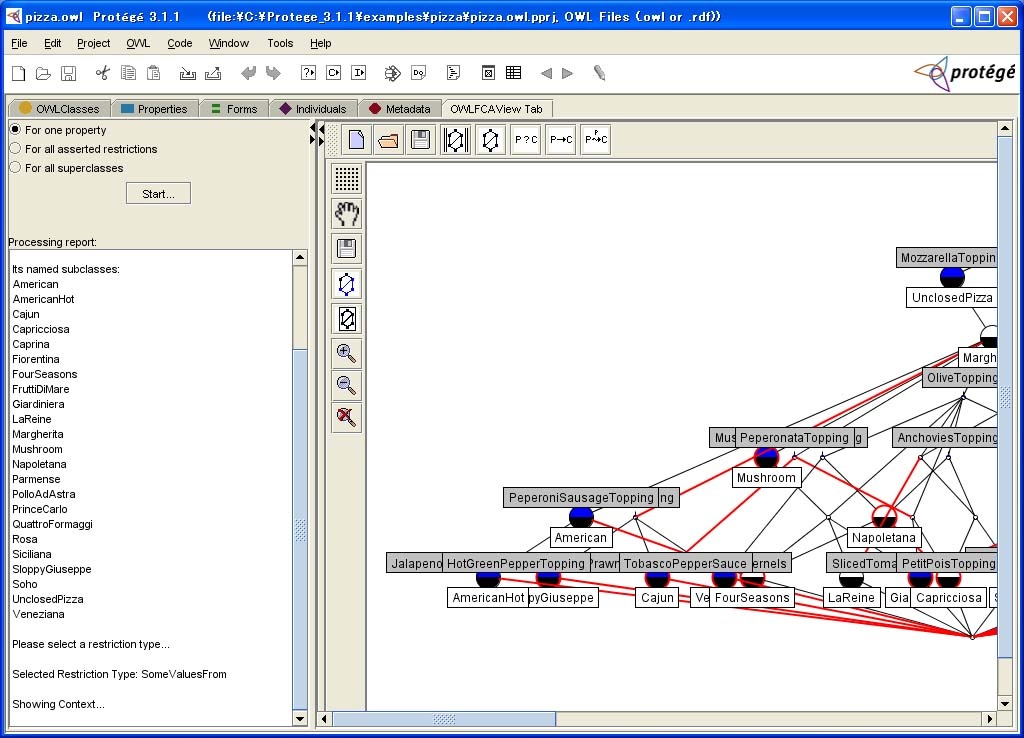 The FCAView Tab plug-in is only compiled for protégé-3.0. A manual is provided and an example project can be downloaded.

The OWLFCAView Tab plug-in is only compiled for protégé-3.1. A manual is provided.

The FCAView Tab plug-in is developed and maintained by Guoqian Jiang. We would like to obtain any comments and advice from you.