About 50,000 out of the 120,000 current NCIt concepts have terms from both EVS and from one or more of these other sources. The chart below gives a detailed breakdown of the main areas of overlapping tagged content. Note that some partners have used NCI terms rather than tagging their own, so these figures understate the true extent of cross-source sharing. 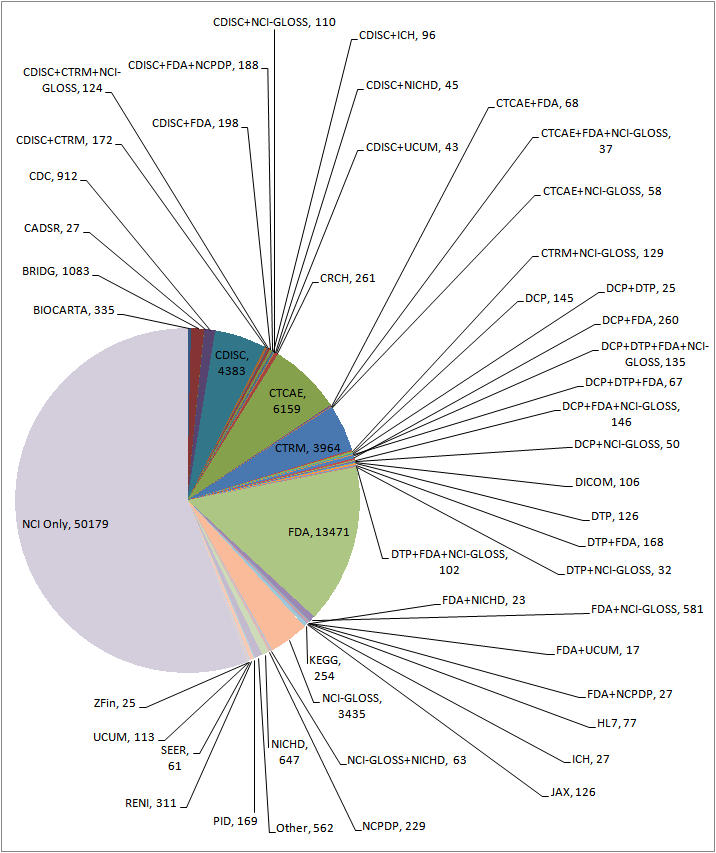